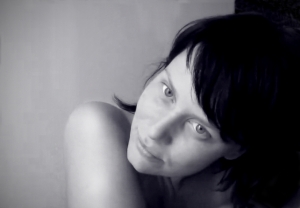 Born in The Netherlands, Kathalijne was given her first camera when she was 11 years old. It wasn’t until she began studying at the University of Utrecht that she got seriously interested in music photography and soon landed a position at a local music magazine. After graduating with an M.A in American Studies she worked as a project manager at a graphic design company for seven years, simultaneously taking courses in Copywriting at the School of Journalism and Copyright Law. Digital photography and photo-sharing websites like Flickr reignited her interested in photography. After starting her own company in May 2009, she left the design company in July and moved to Cape Town, South Africa, a few months later.

While there Kathalijne created a series of portraits coupled with one-on-one interviews, called Swimming Upstream. She spoke to emerging and established South African artists about how they got started, challenges within the creative industry, and issues like file sharing and copyright – all in an attempt to discover what drives them, and the difficulties artists face in the current digital age.

Currently based in The Netherlands, Kathalijne continues to work with artists, musicians and models.

clients and publications include: